The Lighter Side Of Fort Wayne

So, the start of another college football season - yay!  (NFL also, but I still prefer college.)  Any interesting games the next few weeks?

Lots of controversy around Johnny Football from A&M, so it will be interesting to see if he plays against Alabama on Sept. 14.  And if A&M can win - we've lost some key defensive players and Alabama won't be surprised this year by Manziel's ability to dodge and run.

And a minor rant...... now that A&M has finally had a decent season, they are rebuilding Kyle Field.  The revamp was very much needed, but in the process of doing so, they are starting from ground zero and long-time ticket holders are losing their seats unless they are huge contributors.  That is, A&M lets the largest contributors to pick seats first, and then from there down on a sliding scale.  The equivalent of our old seats, which we have had for 15+ years, are lost to us as we don't contribute enough.  They weren't great, but we could see just fine and we liked the people around us who had had their seats for years also.   Now, the seat license for the second deck, end zone (but facing the field rather than the goal post) is $2,500 apiece annually, plus a $3,000 contribution payable over 5 years.  Wow.  That is somewhat equivalent to where we sat, although a little worse, and we had paid an $800 contribution.  Granted, if we had gotten season tickets after we had, it would have been more, but A&M at least grandfathered you at your original contribution.

In theory, I understand A&M getting rid of deadwood donors who have had their seats for years without paying the higher amounts that would have been due in later years, but it still doesn't seem right.  These folks have supported the team for a long time.  Money is king.

Yes, I am aware that comes across a bit whiny..... but it's annoying.

Ohio State rules!!! Everyone else can fight over 2nd place. 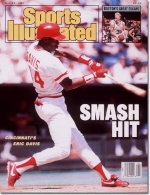 Not according to the rankings, my friend. Although #2 is nothing to sneeze at.....

rankings...schmankings...we all know THE Ohio State University will rule this year! Anything else would be (wait for it)..."Urban" Legend...

That was a squeaker against Northwestern, despite what the final score showed, Cincy. Any remaining games make you nervous?

Aggie Transplant wrote:That was a squeaker against Northwestern, despite what the final score showed, Cincy.  Any remaining games make you nervous?